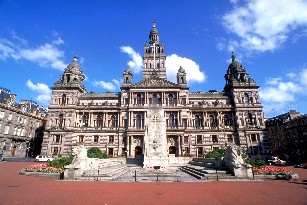 Today we came so close. In fact we came to within 2 votes of securing a better budget, a budget that met Glasgow’s needs. Too often people tell me that when push comes to shove politicians will always go with what is in the interests of our party and not what is necessarily the best for Glasgow.

So today we faced the question head on and we put Glasgow first. All of Glasgow’s opposition parties agreed to meet this morning and see if we had the wit and the will to set aside party advantage and work in partnership to present a credible alternative budget that for the first time in a generation stood a real chance of securing a majority in Council.

This wasn’t going to be an SNP budget, a Green Budget or a Scottish Liberal Democrat budget. No party would be able to claim it had sole ownership or led on this budget.

Despite the spin they place upon the opposition budget and claim it cut education and jobs, the fact is that our joint budget proposed:

We believe that it was right for Glasgow’s opposition parties to try to secure the best possible budget for Glasgow. This time we lost but I believe all of us benefitted from working in partnership in the best interests of Glasgow. I think that’s what people want to see more of, not less. Rest asssured I will always work with those who continue to put Glasgow First.

One thought on “A budget that put Glasgow first”