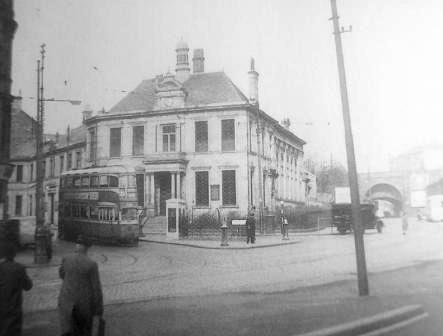 I was delighted at this morning’s Executive Committee to support the approval of the Maryhill Town Centre Action Plan. This marks yet another step in Maryhill’s regeneration and follows on the success in securing over £20 million in Council investment for Maryhill over recent years.

A visible first step in the plan is the agreement to proceed with the design works for the Gairbraid Avenue Public Realm project.

As residents know, Maryhill Burgh Halls benefited from an allocation of £1.8m from the Government’s Town Centre Regeneration Fund. To complement that investment Glasgow City Council allocated £500,000 towards production of a Maryhill Town Centre Action Plan and delivery of a public realm project to boost the area’s attractiveness for the existing community and for potential new residents, visitors and investors.

In April 2010 Development and Regeneration Services initiated preparation of the Maryhill Town Centre Action Plan. Community and Stakeholder engagement took place over a period of approximately a year, with suggestions for further consultation emerging at each step.

Residents made their view clear that the boundary for the TCAP should not be confined to the area currently defined as Town Centre in City Plan 2 but should be extended to stretch from Maryhill Railway Station in the north to the junction of Maryhill Road and Queen Margaret Drive in the south.

The result of consultation with residents, local business and other key groups is the Maryhill Town Centre Action Plan which was approved today an offers a real community led vision for Maryhill’s future.

The first step is Gairbraid Avenue and this work will be carried out by Rankin Fraser (co-designer of the award-winning Phoenix Flowers at Garscube Road). Having consulted with the community via Maryhill Burgh Halls Trust and the planning application process, the planning consent has been granted and construction should start on site early in 2012 with a six month contract.